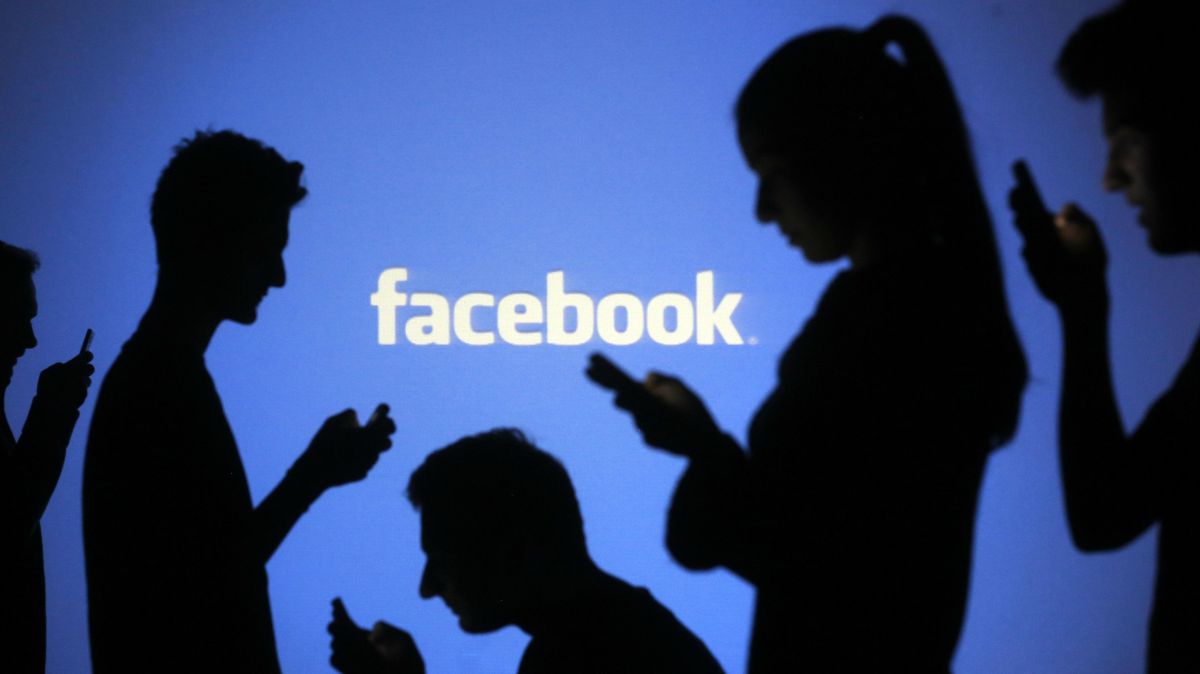 In this current age of an inordinately dangerous swell of anti-intellectualism and information warfare, Facebook is, in great measure, accountable for the demise of culture, stability and privacy in our lives. I’m not the least bit sorry to aver, esteemed tech mogul-Mr Mark Zukerberg, aka The Android, that your creation has brought about a widespread degradation of human values, of talents and of our ability to perceive logically. But why would you even give a monkey’s at all when you have built yourself and your future generations an empire of cosmic proportions? Admist the ongoing Facebook and Cambridge Analytica scandal, there could not be a more providential time for me to express the reasons for my surging hate when using this overrated social media platform.

1. For a start, those who use a fake name and a fake profile picture make my blood boil.

I understand that the Dad’s Princess, the Mumma’s Angel and the Queen Bella should either be suffering from a special kind of identity crisis or they must be living in the land of Narnia; but I wonder why they feel compelled to let the whole world know about that. Gauche, mousy idiots! And I swear that over my regrettably dragged-out eight years’ subscription to the site, I have also come across one profile of a teen girl named ‘Zoe’s Property’, nicknamed ‘Happily Taken’. Believe me! In these scenarios, even Amnesty International and the UN can do sweet fuck all for the rights of those desperate little hogs. Wait a minute-it doesn’t end here. People who have a face that only a mother could love are often seen uploading Brad Pitt’s or Selena Gomez’s photos as their profile pictures. Seriously, these are the most insecure retards ever who have no existence in my world. Argh! It never rains but it pours.

2. Those who post every single detail of their wretched lives have to be skinned alive.

Facebook should, in my humble opinion, be used to share significant milestones about your life or moments that touched you in a way or another with your close friends and relatives. A humdrum status as “Heading to the grocery store, gotta start laundry, change the diapers then prepare dinner” or something as “Feeling blessed to check in to the hospital to visit Uncle Jack during his last days” irk the shit out of me. And then, there are couples who write all over each other’s walls to express their mutual love and affection- EW STAAAPH IT! You are making the rest of us sick with your lovey dovey posts. The same goes for parents who are every other day posting about how proud and fortunate they feel to have a uniquely talented little Picasso of a son who very ingeniously, I must say, can make this: 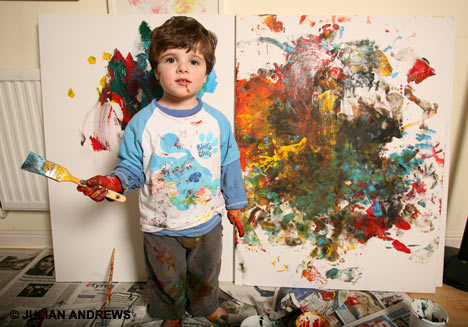 To those facebookers who cannot resist the demonic temptation to post dry statuses: Lets’s play hide-and-seek. I’ll hide your lame status updates while you seek a life! Done?

Vaguebooking is when you really want to divulge something but you hesitate to jump off that scary cliff, so you post it on facebook anyways because you PURPOSEFULLY write it in such a way that it would take an army of code-breakers, a psychic and the entire FBI to figure out what the hell you just said. Mary is “wondering if it’s all worth it in the end.” Charles writes: “Please forgive me. It hurts so bad.” Brainless attention-seeking bastards! What’s the meaning of this? I’m almost certain that even Dan Brown would not be able to decode those kind of cryptic messages in at least three sequels of his thrillers.

There are people who use Facebook to pass on unhealthy extremist ideas in a very bad taste- spanning from political, religious, feminist to vegan to their fellow friends. Please keep your personal attacks against Hillary to yourself. It’s alright if you are imbecile enough to believe your God is better than mine, but for Pete’s sake, do not sing the glory of His name on Facebook all day long.

Facebook is inundated with those bullshitier than bullshit ever-elusive chain letters along the lines of “Share this or you will die”, “Type AMEN and you will be kissed by the love of your life before midnight”, “Comment YES if you want to receive a pot of gold within the next three days” or “Like the post and you will save this child from cancer”. Seriously though, how devoid of common sense and intelligence do people have to be, to be sharing this crap?

Likewise, ‘nincompoop’ is too mild a word to describe people who share bogus breaking news from fake sites on the internet such as, umm ‘purplepigeon.com’ and then go about screaming bloody murder because they have genuinely believed whatever they have read to be true.

6. Those excessive in-your-face selfies are the gravest of all Facebook faux pas.

Okay listen! Are you the type of person to strike a conversation with random people you meet on the streets to ask them about how their day went, what they had for dinner the previous night or what are they most looking forward to for the rest of the day? Or are you someone who bangs on the door of just anybody to query if they are doing fine? No? Then why the hell do you send friend requests to strangers on Facebook and ask them such infuriating questions?

Facebook is not a stupid popularity competition. You rather come across as a maniac creep. That’s it! It also ticks me off when I receive friend requests from:
– People I hate (I don’t care if you are a neighbour or a blood relative whatever).
– Hideous guys who want to woo me. (I know I have an itsy-bitsy of je ne sais quoi that is particularly charming but isn’t it weird for someone I don’t even know to have a crush on me and send me a request?)
– Colleagues who do not understand the fine line between a co-worker and a friend.

8. Facebook predominantly underpins the notion that dumbness is in vogue.


A sense of collective madness seems to have taken over Facebookers. So, a man posts about the need to save the Northern White Rhinos from extinction through IVF and stem cells gets at most two likes and one comment from his roommate saying, “Pal, you really need to get laid”. On the other hand, a woman posts “I bought an orange today” gets 124 likes with 72 comments within a span of a few minutes.

Thus, you’d be dreadfully mistaken if you thought that the number of likes and comments on Facebook is directly proportional to the level of intellect of an individual. In the majority of cases, the two are inversely correlated.

Folks, let me be clear. I haven’t the slightest desire to waste my time on Facebook playing games. If you do spend your time on it, fine. That’s your business. But please do not send me nasty game invitations to participate in Farmville, Zooville or Candy Crush Saga. If you are really desperate, I will happily suggest a place for you where you can stuff your stupid game. And it is not far from your mouth as only an idiot talking/thinking through that particular orifice can have the nerve to think that anyone else on this planet is sufficiently brain dead to play these puerile games. Okay?

To cut off short, Facebook is Satan’s tool which exploits the vulnerability in human psychology by ensnaring people in the dopamine loop. Instant likes and comments trigger the feel-good factor in the brain, thereby rendering its digital consumption addictive. Yet, the good news is that you hold the reins and you have the power to decide what you share, with whom you share and how much of your time you share on the social media platform. Therefore, use it in a productive way. Do not abuse; for if you do, your next selfie shall be in a mental asylum! You’ve been warned!

Double, double toil and trouble;
Diaries burn and posts bubble.
Selfie of a fenny snake,
On Facebook boil and bake;
Eye of cyclone and toe of baby,
Wool of grandma and tongue of lady,
Jacob’s tag and Mia’s poke,
Lizard’s leg and howlet’s stroke,
For a charm of powerful trouble,
Like a hell-broth boil and bubble.

Double, double toil and trouble;
Diaries burn and posts bubble.
Cool it with a friend’s comment,
Then the charm is firm and well-meant. 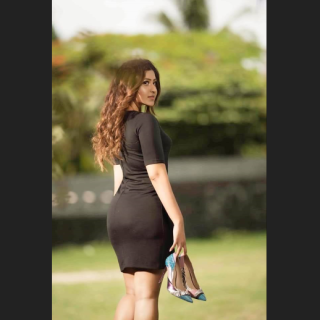